There’s no better way to kick-off the start of Radstock Co-op’s 150th anniversary celebrations than by reviewing the success of the previous year’s financial performance which saw an increase in sales by over 10% to a whopping £42.4m. Some of this growth came from the opening of three new stores during the year.  However, like-for-like sales also showed a healthy increase of 4.1% on the previous year.

Whilst the Society is celebrating its 150 year since it was established and reflecting on the past which was borne out of its mining heritage, there is still much to be excited about in the future. The Society proudly announced the acquisition of another convenience store this week in Haywood Village, Weston-super-Mare which is planned to open late summer which will be the twentieth store within the retail estate. The Society is also about to go out to consultation on proposals for the redevelopment of the Radco site which has played a pivotal role in the Society’s history.

To capture the story of the Society and its service to the local communities, a book was commissioned which was written by a professional author and tells the history from the very first meeting which was the birth of the Radstock Co-operative Society and its intent to support the local community through the co-operative model. A book launch and signing event was held at the Radstock Museum in May which was attended by local dignitaries, many of the Society’s key business partners and associates, directors and contributors of the book. The Radstock Museum has also put on an exhibition illustrating the co-op’s history in pictures, artefacts and documentary evidence.  The exhibition runs until August.

All of the Society’s stores are participating in local themed events; all representing a decade in the period from 1868 to 2018.  From Suffragettes to Rock ‘n Roll, each store has been putting on a display to capture the essence of their chosen theme. 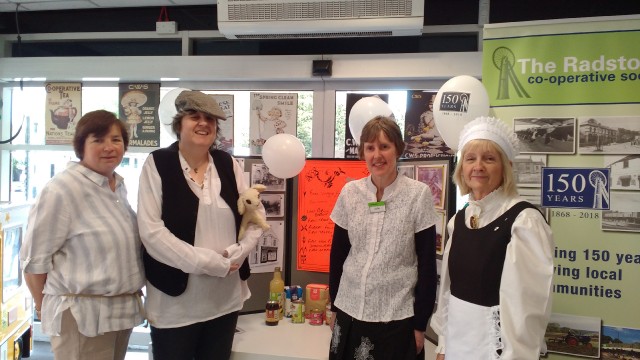 There was also a grand 150-year celebration evening held at the Bath Pavilion in May to recognise the Society’s achievements over the years, to pay tribute to individual colleagues and teams who had excelled in their roles and delivered great performance, and to raise money for charities and good causes.  Guest of honour was the chair of Bath and North East Somerset Councillor, Karen Walker and guests from East of England Co-op and Central England Co-op. 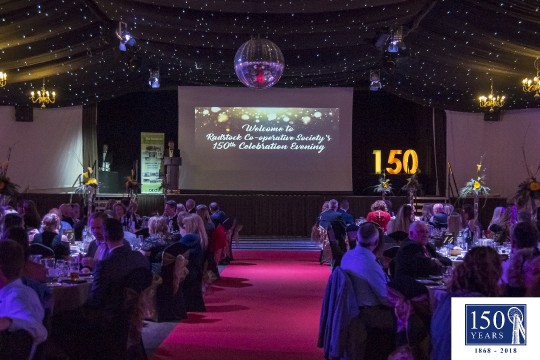 The proceedings unfolded with a welcome speech by Don Morris, chief executive of Radstock Co-operative where he gave an overview of the Society’s achievements over the last year.  He thanked colleagues for their commitment and hard work which had produced another strong year’s performance.   Don also to thank the sponsors of the event which were many of the Society’s suppliers and business partners who had also donated towards the raffle prizes and awards.   The evening culminated in an Oscar style award ceremony, with the award winners walking the red carpet to be presented with their trophy and prize.

Thanks to the generosity of the Society’s sponsors who donated some exceptionally high-value raffle prizes over £1,300 was raised for good causes. 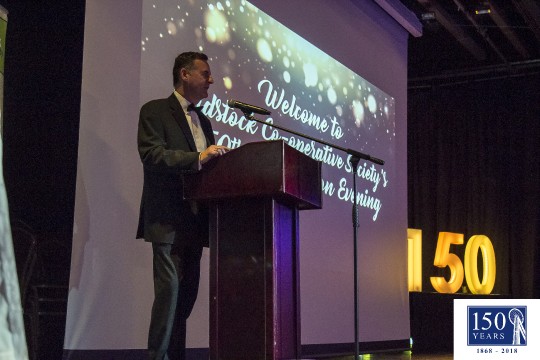 The Society is proud of its mining heritage and humble roots and pays tribute to the foresight of the founding members who recognised by working together co-operatively reaps benefits for all.  It is this spirit that the Society continues to grow and prosper which helps to support sustainable communities within its trading areas.  The Society, whilst reflecting on the past in this 150 anniversary year, it is also looking forward to the future with optimism, excitement and enthusiasm.