Chris was presented with hampers full of Co-op goodies & had the honour of ‘Cutting the Ribbon’ to mark the historic event. We would once again like to thank all colleagues who entered the raffle & helped to raise a fantastic amount of £100- which has been matched by both Bath Demolition & Rider Levett Bucknell. Bringing our total to £300- this will be split between ‘Swan Transport’ & ‘Creativity Works’, who are both charities based in Radstock.

Since Monday- movement on site has been rapid, with Bath Demolition working swiftly to take down the building. They expect the whole of the building to be down before Christmas.

For those who would like to watch the demolition of the site live- visit our website for the live stream. 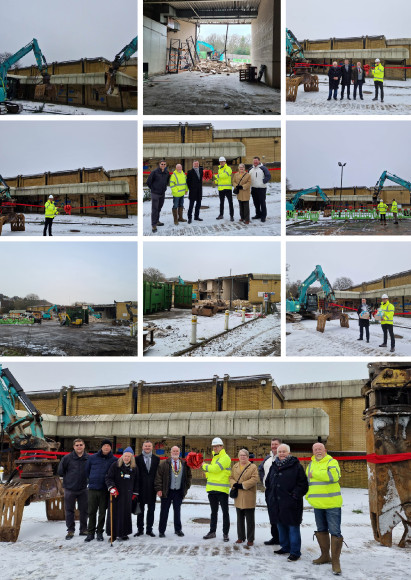